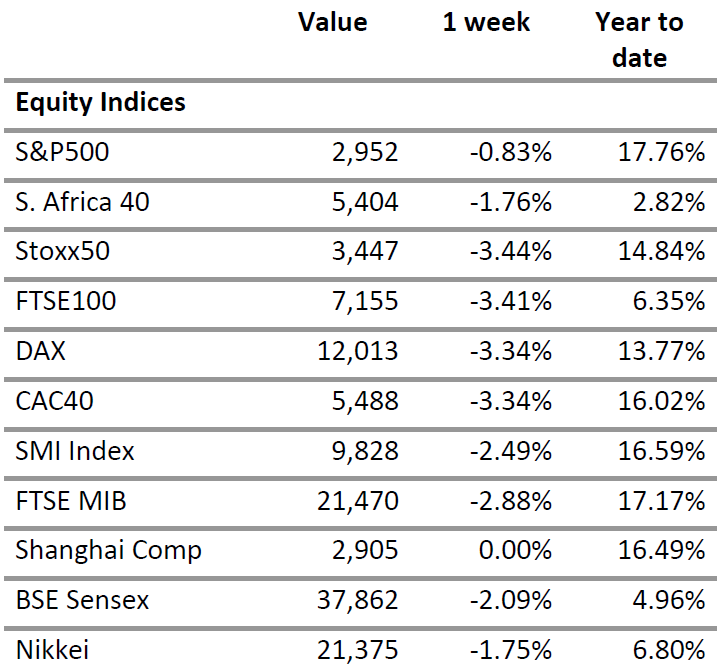 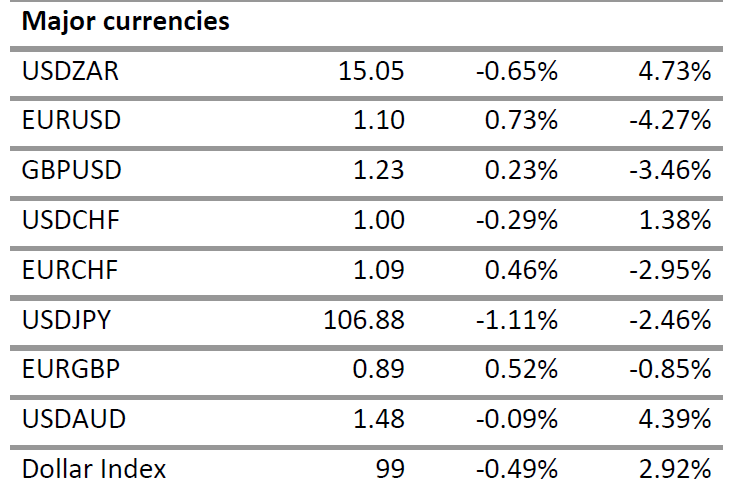 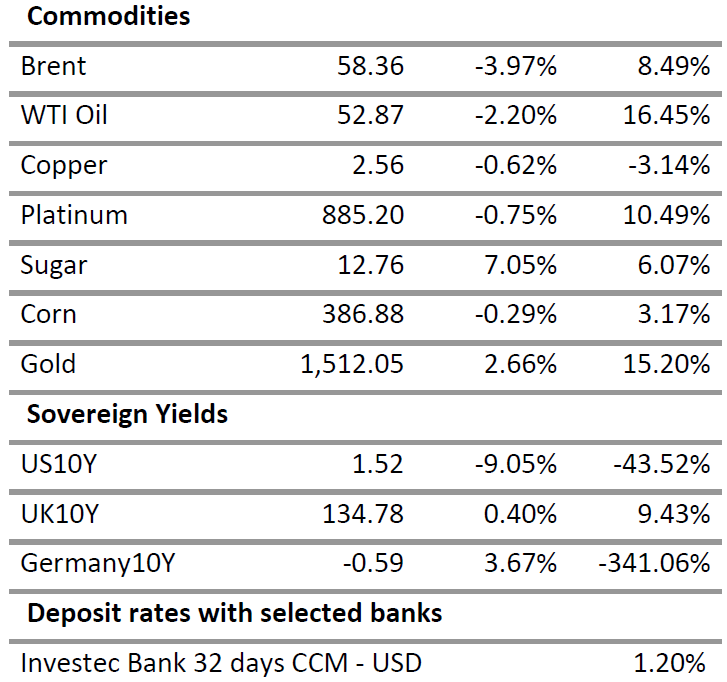 International markets followed the S&P500 index lower as it continued to retrace from its near all-time highs. The index had its first back to back drop of above 1% last week after data on manufacturing activity released by the Institute of Supply and Management showed factory activity fell to its lowest level since 2009. This has raised fears that the slowdown could spill over to the services sector and the CME FED watch tool now places a 76% probability of a rate cut to boost growth on the 30th October (see chart above).

It is estimated that GDP growth for the third quarter could slow down to 1%. Data on Friday was less alarming as the unemployment rate fell to an impressive 3.5%, its lowest level in decades and the average hourly earnings showed no threat of inflation.

In Germany, the slowdown in manufacturing activity seems to have spread to the services sector as the broad IHS Markit index spread into contraction for the first time in 6 years.

Falling global demand for capital goods, political uncertainty and structural headwinds facing the auto sector is expected to drive GDP growth to 0.5%. The minutes of the September ECB meeting will be released on Thursday and should provide clues on the extent of frictions between countries about policy easing.

Recent media comments shows that Chief economist Lane thinks more could be done to revive the EU economy but Bundesbank President, Jens Weidmann struck a less dovish tone. This lack of unity could undermine a, much needed, stimulus package.

In China, the Caixin Manufacturing PMI rose to 51.4, its highest level since February 2018 and is an indication that although other data remain soft, a hard landing scenario is not on the cards.

A Definitive Sector Rotation Is Not Apparent Yet​​​​​​​