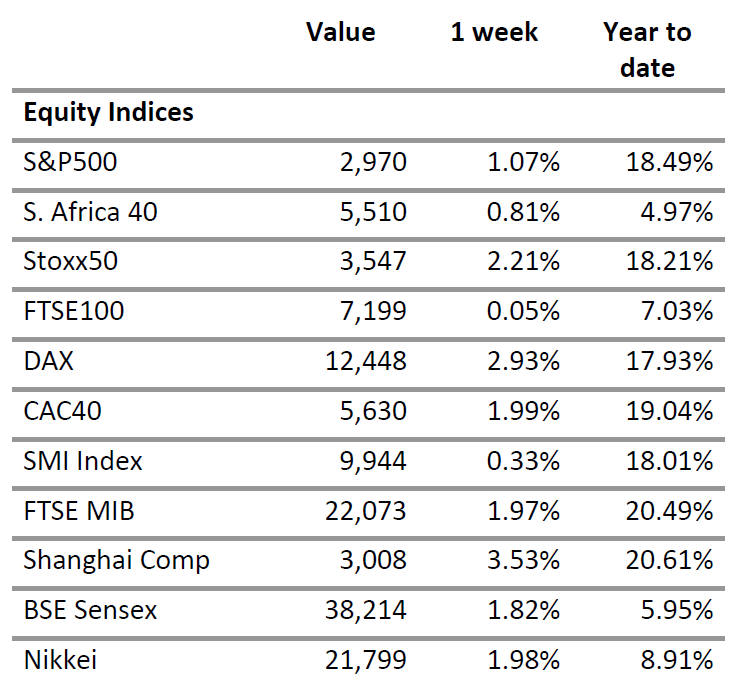 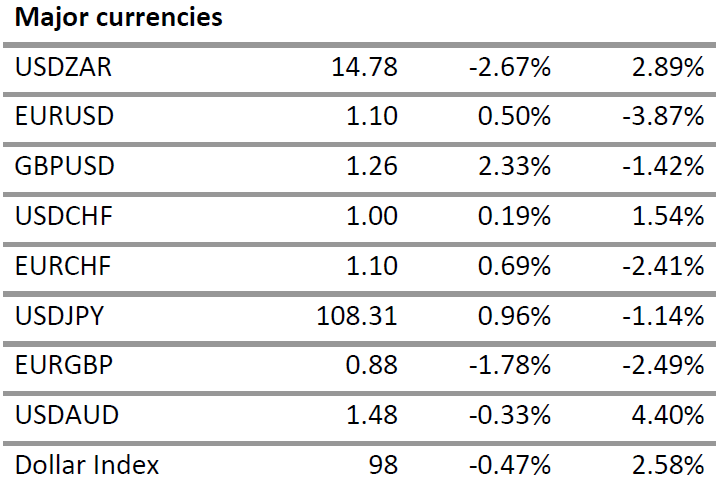 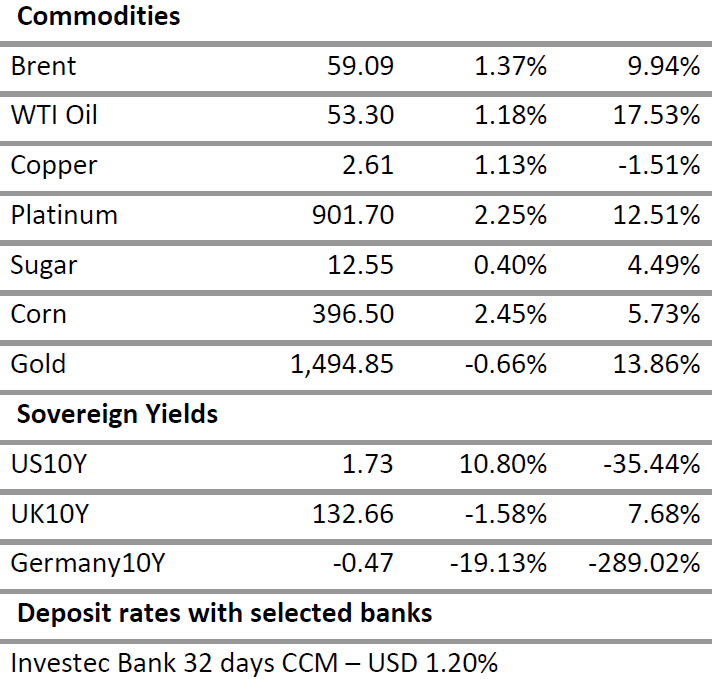 All major indices ended last week higher following positive news of a trade deal between the US and China. Gains in the US were broad based and included the Russell 2000.

Cyclical sectors such as materials, industrials and technology benefitted most while defensive sectors such as utilities lagged after rising bond yields decreased their appeal to investors.

After 18 months of conflict, the US and China reached a partial deal under which the former will refrain from implementing new tariffs which were scheduled for this week. China for its part, would resume buying farm products, make concessions on intellectual property, financial services and the currency market.

While this removes some tail risk for financial markets in the sense that it will avoid a full blown out trade war, it is unlikely to be a game changer for global growth as tariff hikes planned by the US for December have not been addressed and signature of the current agreement will take a month or so during which further hurdles might emerge.

In Europe, the export heavy DAX benefitted from further positive news on Brexit following discussions between the Prime Ministers of England and Ireland. However in this case too, there are obstacles as the EU is less upbeat than the Irish on an agreement and obtaining parliamentary approval will be a challenge.

The base case scenario remains an extension of the October 31 deadlines which should suit all parties in the short term.

Meanwhile soft global growth represents a headwind for broad-based equity price appreciation and the focus for alpha generation will depend on bottom-up investing for the coming quarters.

A More Aggressive ECB Could Spark A Synchronized Global Recovery